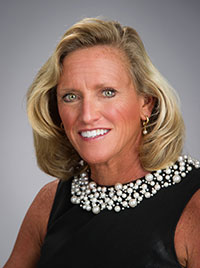 Claire DeMatteis was nominated by Governor John Carney to serve as Secretary of the Delaware Department of Human Resources and confirmed by the Delaware Senate in January 2022.

DeMatteis is a Delaware attorney with more than 25 years of experience in corporate law, data and privacy protection, healthcare law, regulatory affairs, and congressional and government affairs. She has served Governor Carney’s Administration since he took office in 2017 and continues to serve as a member of his Cabinet. As Secretary, DeMatteis oversees employment, recruitment, compensation, classification, benefits, merit procedures and policies for more than 16,000 state employees.

Secretary DeMatteis is committed to modernizing the state’s post-pandemic workforce to align with the changing workplace, including efforts to:

In 2021, Governor Carney tapped DeMatteis’ strategic and compliance expertise and deep knowledge of federal and state governments to lead the coordination of millions of dollars in federal stimulus and COVID release funds the state has received for pandemic response and economic stabilization.

Previously, DeMatteis was nominated by Governor Carney and confirmed by the Delaware Senate in June 2019, to serve as Commissioner of the Department of Correction, the state’s largest law enforcement agency. She was the first woman to lead Delaware’s correctional system, with the dual mission of public safety and offender rehabilitation. In 2017, she was appointed as the Governor’s special assistant to the Department of Correction following a riot and murder of a correctional officer in the state’s maximum-security prison, and within one year worked with the DOC team to implement more than 40 reforms.

Prior to returning to state government service, DeMatteis served as Senior Counsel to then-U.S. Senator Joe Biden from 1994 to 2004, where she was instrumental implementing laws and policies that enhanced law enforcement, women's rights and civil rights. From 2004 to 2016, DeMatteis served in the private sector as a partner in a law firm and as senior executive, general counsel and chief compliance officer for two multi-billion dollar corporations.