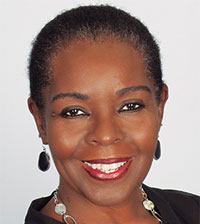 Fayetta M. Blake is the founder and Executive Director of Pathways to Success, Inc. She is also an entrepreneur with businesses throughout Delaware and Maryland. Fay started her career thirty-four years ago with the Security Pacific National Bank where she worked as a loan officer for five years. She then enjoyed a 20-year banking career at All First Financial. Fay established Pathways to Success Inc. in 2006. The work that Fay does as its Executive Director is indeed her calling and passion and embodies her need to give back to the community especially here in Sussex County where Fay was born and raised. Fay is a wife of 40+ years and a proud mother of three adult children; Alex, Justin, and Melody. She has five grandchildren (4 handsome grandsons and 1 beautiful granddaughter). 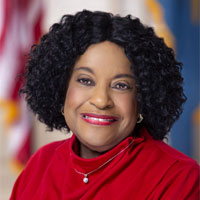 Representative Stephanie T. Bolden is a native Delawarean who grew up on the East side of Wilmington. Her mother died when she was a very young child and she was raised by her father who was in his golden years when she was born. Representative Bolden is a product of Wilmington School District graduating from Howard High School in 1965. She attended Delaware State University graduated in 1969 with a B.S in Education. Representative Bolden continued her education at Boston College in Massachusetts earning her M.ED. in Urban Education in 1973. She has spent her life in service to others. Just as teachers helped to mold her love of learning, Representative Bolden spent over 35 years as a classroom teacher where she instilled in her students the importance of being a good community member and the need to strive for excellence. 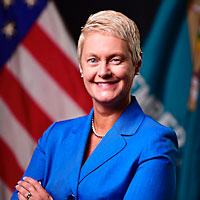 Jennifer Cohan has been an impactful leader for the State of Delaware for over three decades. She leads by example, hard work, motivation, and compassion. She volunteers her time on numerous boards to serve those less fortunate, in need and promoting the visibility and strength of women. Jennifer's dedication to women was clearly evident in her former role as the Secretary of the Delaware Department of Transportation and her service to state government. Now the CEO of Leadership Delaware, she consistently seeks innovation for the betterment of the citizens of Delaware. Jennifer has been promoting women in leadership before it was cool. 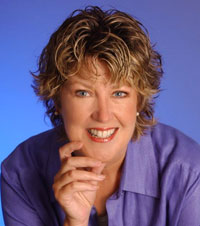 Rear Admiral Marianne Blackburn “Mimi” Drew joined the Navy in 1967 and for 38 years worked in an operational military environment, consistently the first woman to serve in a variety of jobs. After numerous command assignments, in 1998 she was selected as the first female line Rear Admiral in the Naval Reserve. During her years in the Navy, she led the Navy’s war on the designer drug Ecstasy; implemented the Navy College Program, combining distance-learning and off-duty education from accredited colleges, permitting Sailors to earn college degrees while deployed; and, after the 9-11 attack on the Pentagon, she served simultaneously as Commander, Naval Reserve Readiness Command Mid-Atlantic, mobilizing 10,000 Naval reservists for Operation Enduring Freedom, and as Deputy Director of the Navy Staff, planning for alternate wartime headquarters. In addition to her military assignments, during the first Gulf War Mimi Drew was Deputy Assistant Secretary of the Navy for Force Support and Families, where she helped craft, and even named, the landmark military health insurance program – TRICARE – three military Services caring for their beneficiaries. In 2003, she began speaking on leadership and continued using her leadership skills to benefit others through volunteering in Delaware. She was President of Lord Baltimore Women’s Club, raising over $10,000 yearly in college scholarships; a popular speaker at Hugh O’Brien Youth (HOBY) Leadership Seminars; and leads annual inspirational women’s retreats. She also served as President of the military charity, Air Warrior Courage Foundation. In 2004, Mimi and her husband Phil (Brigadier General Philip M. Drew, USAF (Ret.), moved to Bethany Beach. Their daughter Campbell served in the USAF and is married to Lt. Col. Sam Kraemer, USAF, with three children – Daniel, Hope and Kaitlyn -- and their son, Major PC Drew, USMC, and his wife Lisa, have two children – Nathan and Mackenzie. 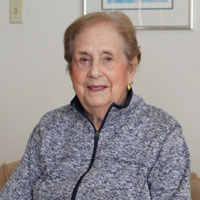 A retired teacher, Ann Jaffe continues to connect with young people, speaking to them in person as a first-hand witness and survivor of the Holocaust. She chairs the Speakers' Bureau of Delaware’s Halina Wind Preston Holocaust Education Committee and has presented her story, and the lessons from it, well over 400 times in public and private schools, churches and universities, and throughout the community far and wide. Over the years she has influenced the lives of tens of thousands of people. Until her family was forced to leave, Ann lived in the small village of Kobylnik, Poland. All but one of her immediate family members survived World War II, largely by hiding in the forest from the Nazis for nearly two years. Between the ages of 11 and 13, Ann endured freezing temperatures without shelter, experiencing starvation, constant humiliation and mortal danger. She credits her parents for her survival, and for the life lesson she now shares with others, “to never hate your fellow man.” Once liberated from the war, Ann’s family made their way to a displaced persons camp and ultimately left Europe. After a brief stay in Canada, they immigrated to the United States where she worked, completed her studies, and became a teacher. She married Edward Jaffe (who died in 2018), whom she met in a European displaced persons camp. Inspiring people daily, Ann offers acts of kindness with an open and generous heart. She always advocates for tolerance of differences and encourages people to speak out against injustice. Acknowledged by the ADL, Hadassah, and her community, Ann is a devoted matriarch, enjoying close relationships with her family, including three children, four grandchildren and two great-grandchildren. She is also a dedicated member of her synagogue in Wilmington, where she has lived for the past 45 years. 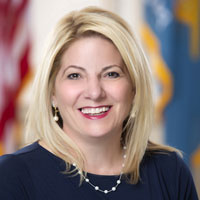 Representative Valerie J. Longhurst was first elected to the Delaware House of Representatives in November 2004 to represent the 15th District, which consists of Bear, Delaware City and St. Georges. In 2008, she was elected as the House Majority Whip and served for four years. After the 2012 election, her caucus elected her House Majority Leader. Rep. Longhurst is currently chair of the House Administration, Ethics and Rules committees. She is also the former chair and current member of the Manufactured Housing Committee, and member of the Gaming and Parimutuels committee. Additionally, her professional development affiliations span many organizations. Rep. Longhurst serves as Democratic Legislative Campaign Committee Vice President; National Conference of State Legislators - Women’s Network Advisory Council Member; Revenue and Budget Standing Committee Member; Redistricting and Elections Task Force Member; Council for State Governments Budget and Revenue Standing Committee Member; and is a member of the Delaware Sports Commission Advisory Council. She was formerly Director of Operations for AIG Insurance in Pennsylvania; a Community Advisory Panel member for Delaware City Refinery; Delaware support group leader for National Alopecia Areata Foundation; board member, softball commissioner, and coach for Bear Babe Ruth Little League; and Vice President of Emerald Ridge Maintenance Corporation. She is the proud mother of two young adult children, Peyton and Andrew, and currently serves as Executive Director of the Police Athletic League of Delaware. In the Delaware General Assembly, Rep. Longhurst has been a consistent champion for common-sense gun safety measures, women and families, pay equality, suicide prevention and education, afterschool programs, mental health services, equal rights, criminal justice and affordable and accessible healthcare. Her leadership and policy measures have made a lasting impact and helped to bolster the quality life of Delawareans across the state.